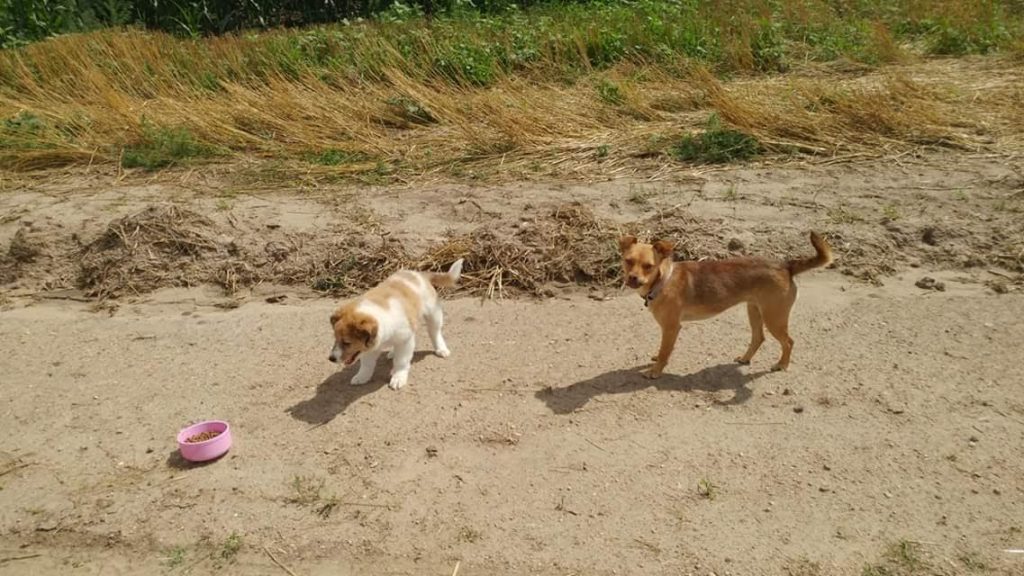 Kira’s journey to her forever home was a long one both physically and metaphorically.

In early June, our president, Chris was coming home from a transport when, high in the Chuska Mountains, she saw a dead dog lying next to a discarded bag of trash.

Dead animals aren’t an uncommon sight on the roadways of the reservation. She kept driving.

But something about the situation made her turn around. As she approached the dog, a chihuahua mix, her little head poked up. Chrus had hoped to thin out her foster population with the day’s transport, but she was not about to leave the little dog there, miles from the nearest house. She was sure coyote bait.

So it was back to Gallup for our diminutive heroine. But not for long. Sarah, a foster volunteer in Boulder, Colorado, offered to foster her. It was back north for Kita, first to Chinle and then Durango, where Sarah and her boyfriend Chris picked her up.

After a month or so, Sarah and Chris got a call on Kita. It sounded like a great home … except it was all the way in Minnesota!

Kita got lucky again. The adopter, Sue, had a friend who is a social worker on the Jicarilla Apache reservation, and she was headed home to Minnesota for the summer. Back to Durango went little Kita, to spend the next few weeks with Blackhat volunteer Eric Swanson to await her ride.

As fantastic as Kita’s journey has been so far, we predict the best is yet to come!